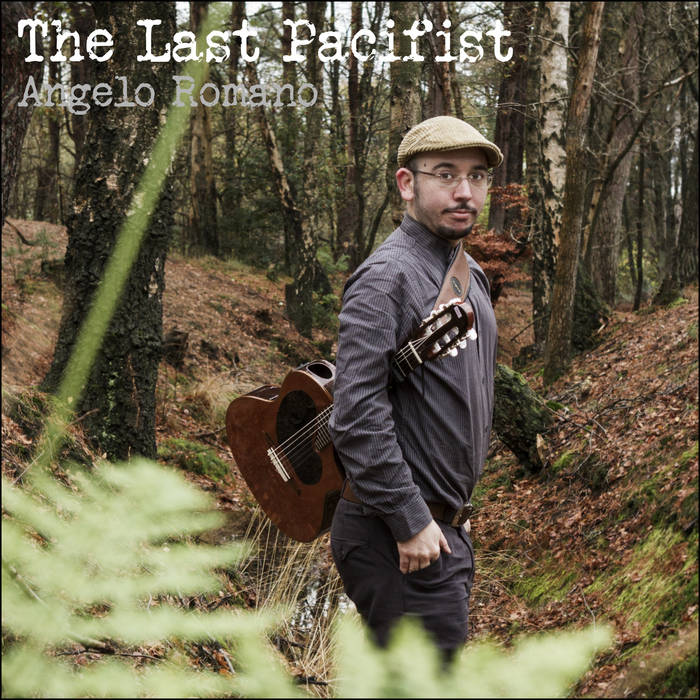 "The Last Pacifist" is Angelo Romano's new album, out on 18 December 2015. Self-produced and self-recorded at his flat in Utrecht, Netherlands (converted to a small DIY recording studio for the occasion), it is his most mature release which covers the background topic of continuous quest for peace, love and happiness through different means, ranging from political discussion and the negative sides of populism in Europe during the year 2015 to simpler things, like social life in the age of media and the Internet, and more intimate approaches like travels, relocations and human relationships.

"The Last Pacifist" features also different music shapes, with a very first time for synthesizers into his albums and also the collaboration of Spanish cellist Laura Sánchez who plays on all tracks and adds a different layer to Angelo's unique and hard-to-label music style.

All photos involving the album were taken by Clio Squadroni (www.cliosquadroni.com).

The album was also promoted in Europe during the months of January and February 2016 on a small continental tour.

All songs written by Angelo Romano.

With special thanks to Laura, Clio, Oliver, Antonio and all the people who helped and supported during the preparation process to this new album.