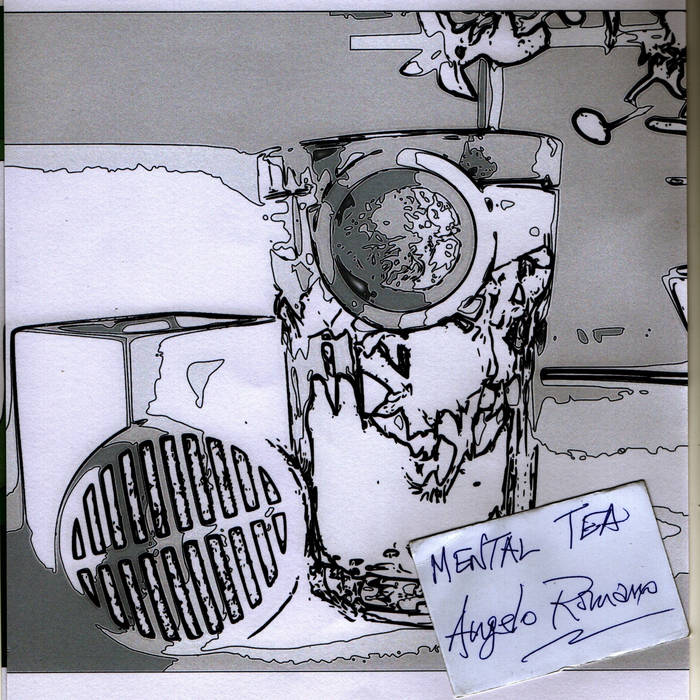 Released in 2014, "Mental Tea" is Angelo Romano's third album. It contains many of the songs he performed live during the European tour of June/July 2014 he enjoyed together with trumpet player Giovanni Manunta, plus some unreleased and brand-new tracks, thus making it an album featuring songs penned in 2004 as well as just a few weeks before release date.

From the upbeat movements of live favourite "Girls of Prague" to the bluesy tunes of "Subway Station" and "Swedish Reggae", "Mental Tea" also reaches a slower pace with ballads and retrospective songs like "South Kensington" (another constant presence in his later concerts), as well as "Reykjavik" and the Berlin farewell mood of "Indifference" and the strongly poem-based spoken word approach of "The City". Experimental loop-based ideas also make a first presence in "The Wroclaw Gallery Club", and idiomatic variants come in "Ombra Latina", featuring lyrics in both Italian and Sicilian with a final verse in English.